Laika And Comrades: The Amazing Story Of The Soviet Space Missions The Soviet space dogs were animals that the Soviets sent to space to test their ships. Fifteen dogs were sent on missions, but only half returned. The first dog flight marked a new era, a space era, with Russia using dogs to test ships, and the USA using monkeys. Russia started out on suborbital missions. Dezik and Tsygan, the first dogs that Russia sent on a mission, blasted off on 22 July 1951, and they returned safely.

Elated by its success, Russia sent dogs Damka and Krasavka on the 22 December 1960, but the mission had many technical errors. On the way back from sub orbit, the ejection mechanism failed and the dogs remained inside the craft. The spaceship landed in the snow, and the dogs nearly froze. However, the Soviets found the craft and managed to open the spaceship before Damka became a Dam-cicle. The dogs lived a long life and died of natural causes. The latter missions of Russia were not as successful, unfortunately. When Russia sent their first dog into space, many things went wrong. 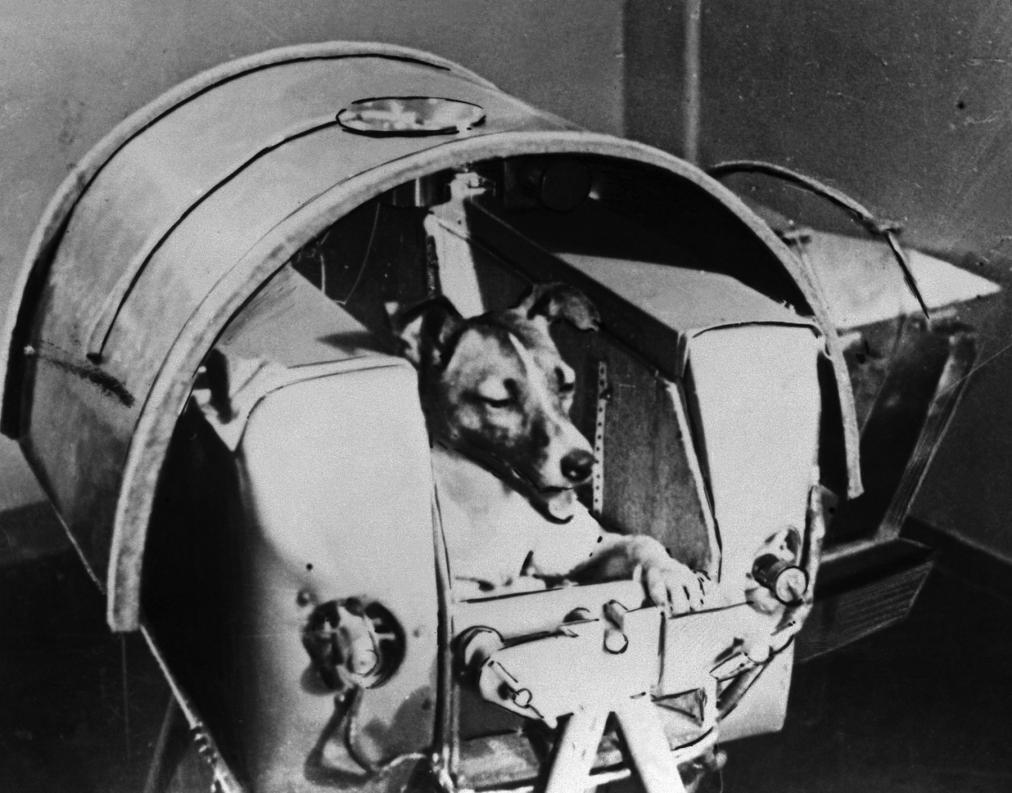 Laika was a stray dog that the Soviets picked off the street. She was cheerful and even though her name means “Barkey” in Russian, she was well tempered and was even brought home with some of the engineers to play with their children. She trained for many months to become accustomed to space travel. She was kept in progressively smaller cages to train her for the small spaceship, and was taught to keep still for long periods of time.

Laika was sent on a mission to space on November 3, 1957, little to know she was to die a few hours later in the day. Laika’s life support system was flawed, and only 6 hours after blast-off, she died of overheating. The Soviet newspapers told the public that she had run out of air after surviving for 4 days, and after the news, the Soviets could not calm the peasants who had adopted Laika as their national dog. Even if Laika did not die of overheating, the Soviets had not even included a re-entry capsule. The Soviet Scientists regretted sending Laika into space, one saying,

The more time passes, the more I’m sorry about it. We did not learn enough from the mission to justify the death of Laika…

After the death of Laika, the Soviets were far more careful. The next orbital mission, housing two dogs, Belka and Strelka, was far more successful. Belka and Strelka returned safely after a full day in orbit. Russia was overjoyed by its achievement. The Soviet Space dogs where a pivotal point of the space era, with the missions providing essential information for sending men into space. The early space dogs will always be remembered, with Laika remaining an icon of the space era.

How Louis Pasteur Saved Us From Food, Rabies And Wine

Imagine flying over London in the early nineteenth century, the cold bustling city going to sleep. Most lights are off, [...]